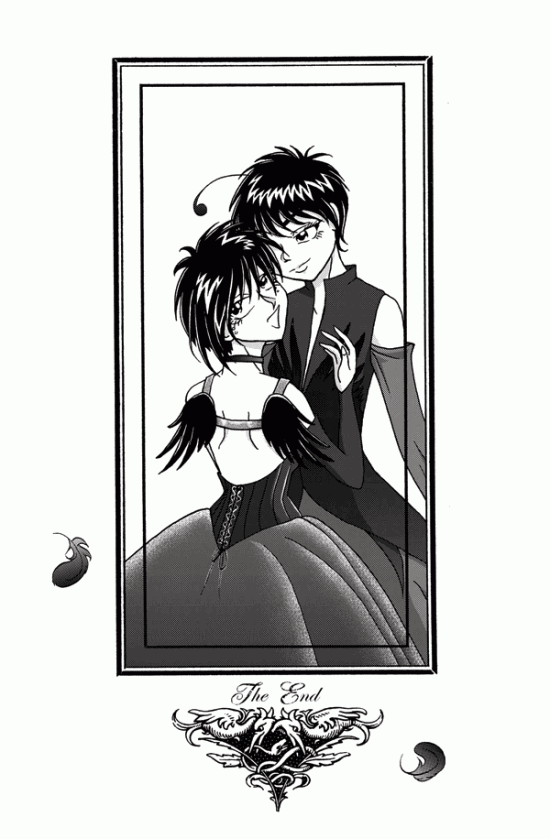 If you’re thinking, “This picture looks a bit like the back of a romance novel,” that was intended.

The rolling theme for this series is that Cora and Branwen are “soul mates”–literally (although I think that term is rubbish, in this story it works). Any plans I had of introducing male counterparts for either of them had to work with that. I wasn’t about to come in with “Crow Princesses: Romancing the Throne” and marry them off just like that! I wasn’t planning on sexualizing the love (because, uff, you invite the creepiest male readership if you do that, and I didn’t want to cheapen their relationship so a bunch of guys could fap off thinking about them). It was more like a Sailor Neptune/Uranus thing except with less clearly defined femme/butch roles. Branwen’s more confident and protective of Cora, but Cora’s smarter and more worldly, having grown up learning at human schools. (Crows don’t have algebra and sciences… yet.)