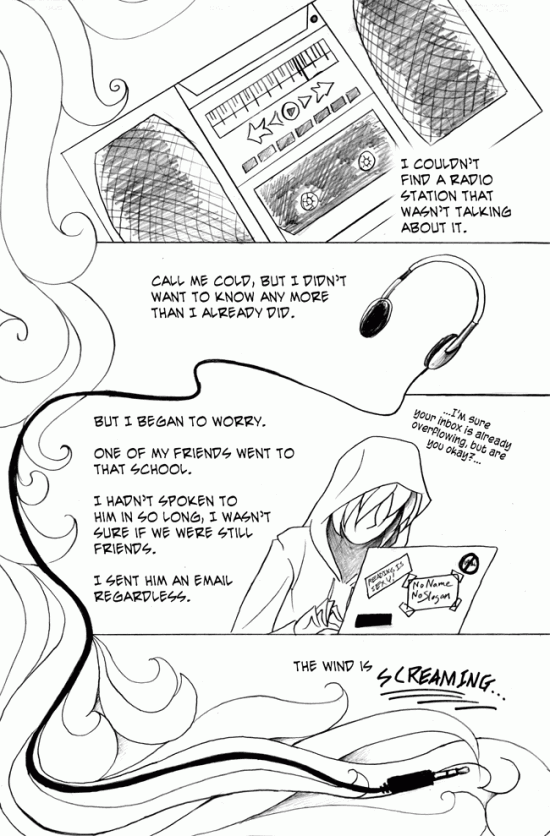 I did the same thing after the September 11th incident. After bad stuff happens, I don’t need to hear anymore until all the fallout has been collected and Frontline does a report about it. Otherwise, it’s like following a grim soap opera.

The person I was checking up on was a friend of mine who I used to study Japanese with over snail mail. We haven’t kept in touch much, even after this. He was odd, but his Facebook page indicates that he is doing well.