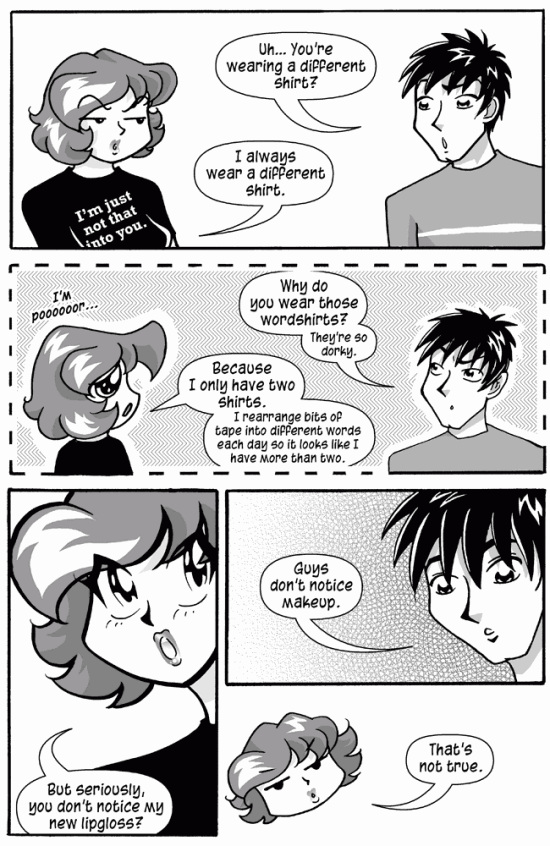 FYI, Rachel is not coming on to Bob. She is using him as a guinea pig to gauge male reactions to lipgloss. If she were into Bob, she would be too shy to ask him!

I had long thought that Rachel was (like me) super poor and thus only had a few shirts that she wrote different things on with paints or tape. However, we know from previous comics that she actually has many shirts.