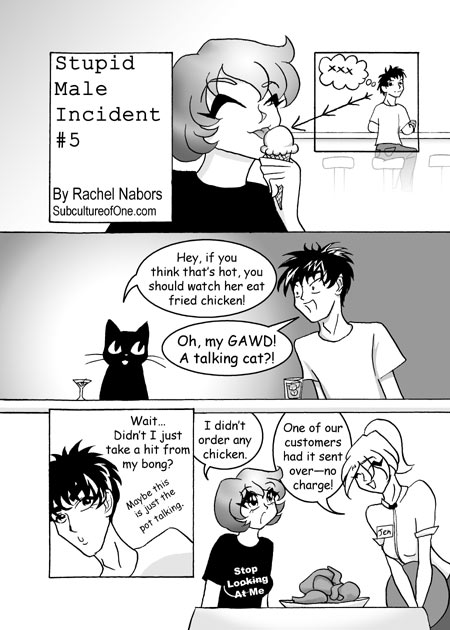 I had the notion that aside from Rachel, who could hear Tuna talking all the time, other humans could only hear him if they were under the influence of drink or drug. I’m not even sure anyone else could see him. I’d heard rumors that people who take peyote hallucinate a black dog, and I thought, “Black dog? Or really big black cat!” Tuna’s a mysterious kitty, and he’s not above playing tricks on those out of sorts.

Also, did you notice his martini? Where did he get that??