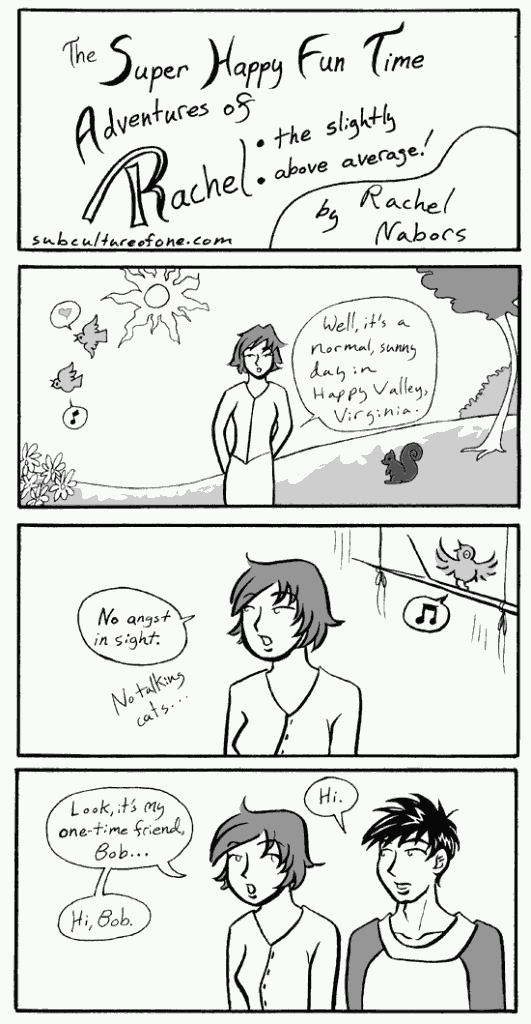 And here begins my tongue-in-cheek riff on “art comics.” For the record, I have mixed feelings about “ahhhhhht comics.” You see them tucked into collections and anthologies. They’re either crudely drawn or intricately so. The story is either non-existent or totally surreal. And the justification for these comics is that they are “sequential art.” Personally, I feel comics should tell stories first and foremost. A comic that doesn’t tell a story doesn’t convey information and thus fails in the number 1 duty of comics and even art: to make the viewer feel something (other than confusion and disappointment). Thus, these aren’t art or comics. They’re just experimental crap. But I digress. When the Expressionists hit the scene, contemporary artists had the same criticisms. It’s hard to tell when something is a legitimate form of self-expression or is just amateurish or trendy hack-work. I’m sure there’s some sort of justification for some of the really bad art comics I’ve read. I’d like to think the creators are just learning the craft and will go on to tell great stories.