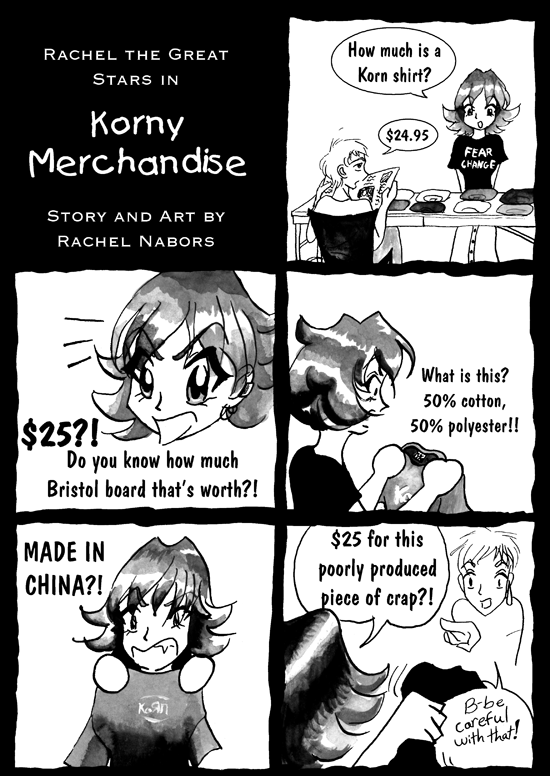 Korny Merchandise was the first Rachel the Great web comic I made. I had been laying around with HTML and JavaScript, and I cut the page into tiles that would show in sequence as you moused over numbers in a little trick I called “the Manga Theatre.” The comic appeared in its un-butchered entirety for the first time when I self-published my first graphic novel, 18 Revolutions.