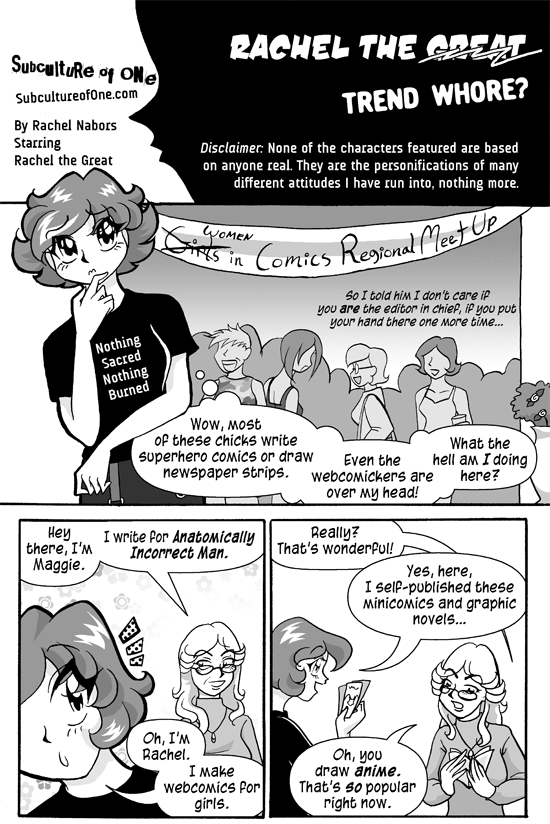 This was a kinda drawn out April Fool’s joke. Just hang on till the next storyline, and you’ll see why.

Funny, until recently with Seattle’s Geek Girl Con, there were no female-oriented geek/comic cons. I guess this was wishful thinking on my part. I’m glad it came true!

I used to hate it when people would say stuff like “Oh you draw anime.” Like there’s some divide between real comics and big-eyed comics. Looking back, I like to pretend they were fumbling trying to find something nice to say when my anatomy was so off.