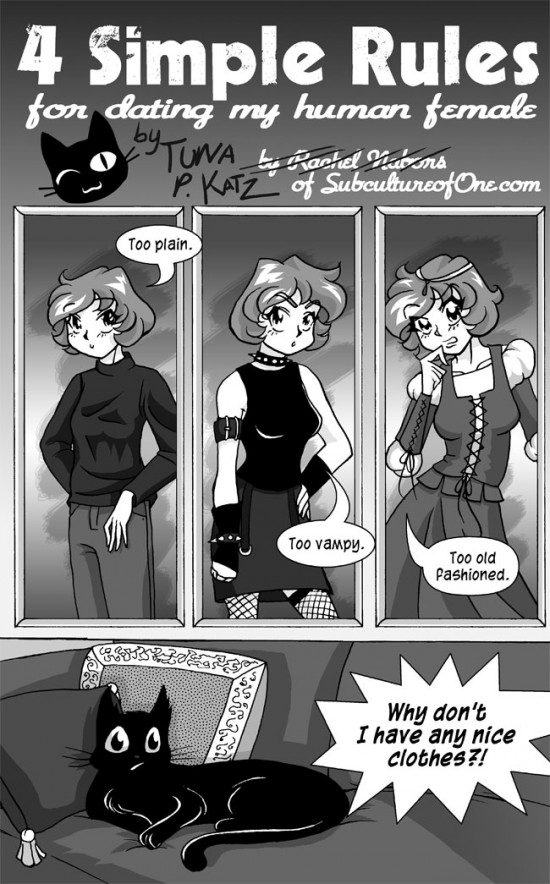 I used to have this problem when getting dressed up. I remember I once almost had an invite to a prom–a local lady had a son who had put off asking a girl to prom until the last minute. She asked if I’d be interested, but the prom was that night and–because I was home schooled and never had any dances or parties to go to–I literally had nothing to wear. Just jeans and t-shirts. I was extremely miffed that not only had they put this off until the last possible minute (when I knew girls had been prepping for weeks for that night), but also that I had nothing to wear.

I was sixteen at the time. After that, I made an effort to buy some cool clothes. Eventually I ended up parading around in Hot Topic fashions. But I never ever was asked even by proxy to a dance or a prom or any social event again.

Sucks to be home schooled in the middle of nowhere sometimes.

This comic was originally commissioned by and posted on gURL.com.