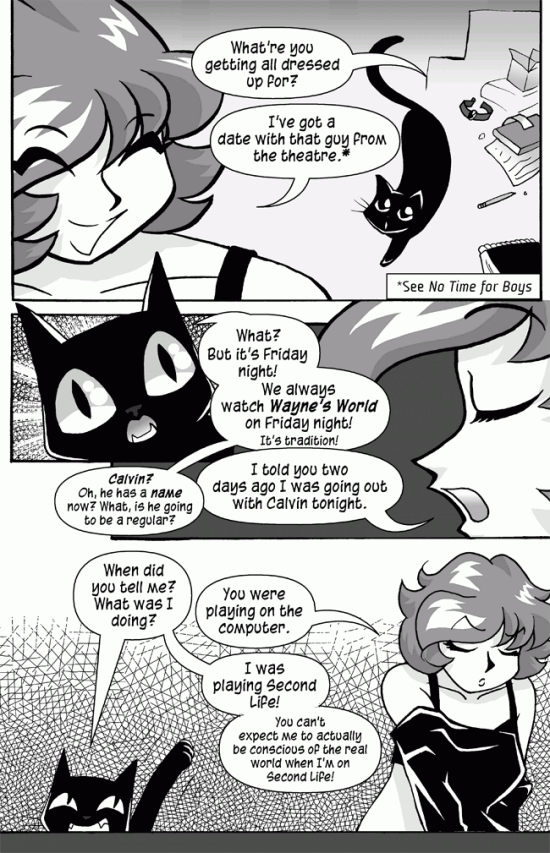 Previously on Rachel the Great: Rachel scored a guy’s number at a theatre!

There’s a lot of in-joking on this page. I had a friend growing up who loved to watch Wayne’s World (the movie) on Friday nights because of Garth’s line, “He does this every Friday night.” We both loved Wayne’s World. I’m still a big Mike Myers fan.

Tuna’s talking to the fourth wall a bit, asking if Calvin is going to be a regular.

At this point in time, Second Life was a big thing and I had a couple of really good friends building environments on it. Aimee Weber, a big name in Second Life fashion and building, even commissioned me to make a portrait of her. I was interested in making things to sell there and had a few items in SL shops. Then the economy went bust and I found out that I could make so much more money with web development. I haven’t been on Second Life since my friend’s sim, Suffugium, closed. Just isn’t the same. Not sure what happened to everyone.