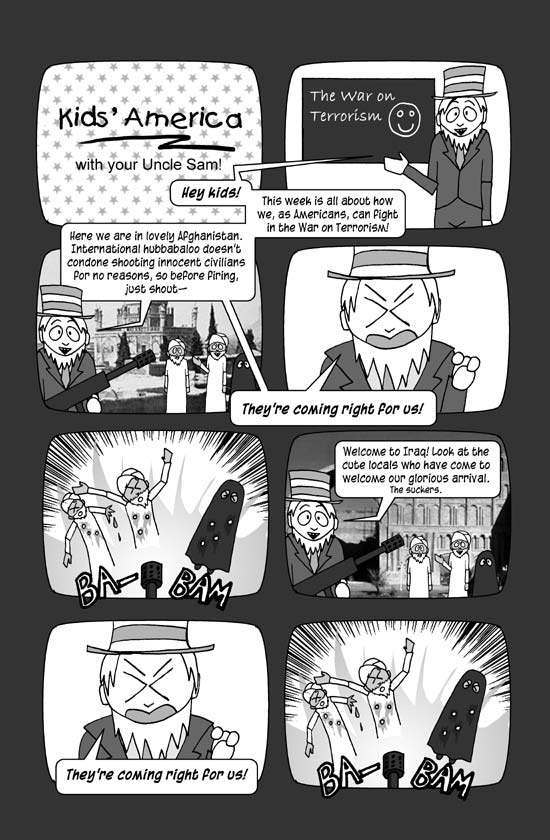 This is a rip of South Park’s Uncle Jimbo. He once took the boys on a hunting trip where he taught them that it’s okay to kill animals, even endangered ones, by shouting, “It’s coming right for us!” before firing.

(In case no one knows what I’m referencing when they stumble across this page in 50 years, this is about the war in Iraq and America’s general bumbling about in the Middle East.)