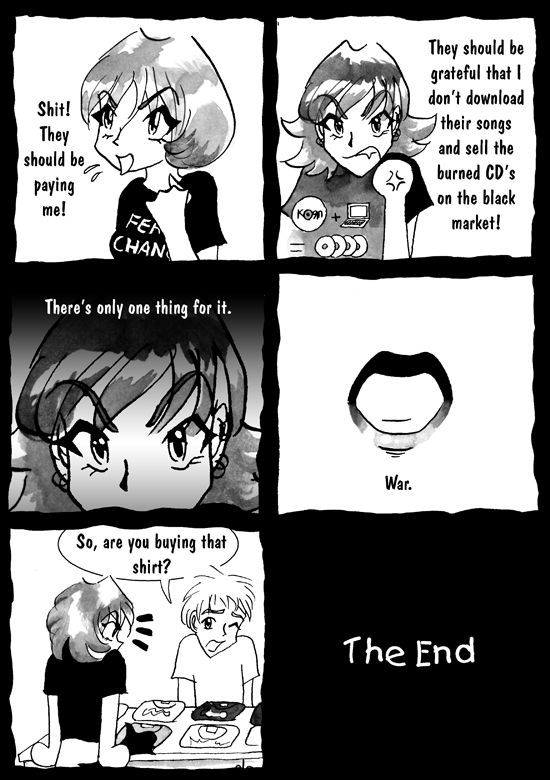 I love how much her hair changes in this first comic. Later on, Rachel’s hair is very iconic. It always hangs a certain way and poofs here like so… I had it down to a science from doing it so much. It’s nice to see the original, wilder hair forms that the more structured approach grew from.

I also love “Blonde Guy” in this. You’d think Bob was the first male character I drew, but it was actually Random Blondie over there. Whenever I needed some guy patsy (who wasn’t inherently stupid or evil like Bob), I’d just stick Blondie in there. I was really bad at drawing guys for a long time. They all looked the same. Even this one looks like a white-haird Bob!