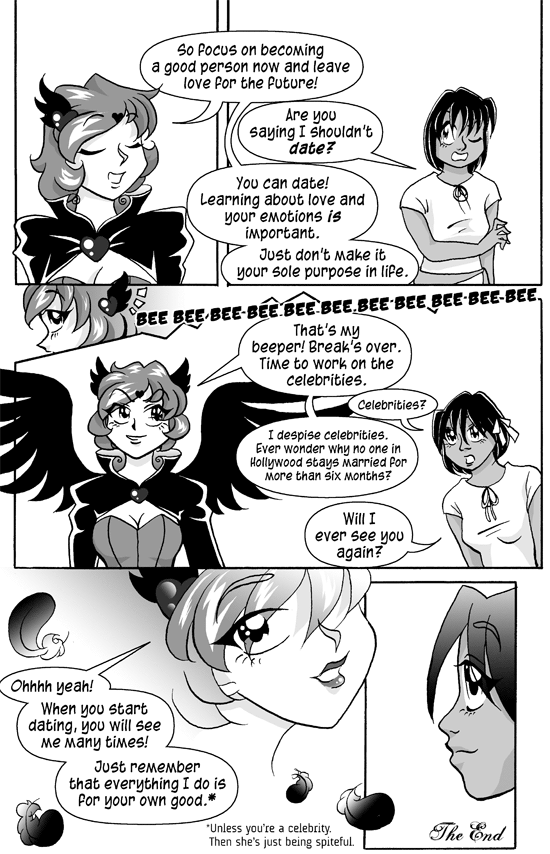 I don’t know if I ever put this in a comic, but the Anti-Cupid used to brag about breaking up Marilyn Manson and Dita Von Teese because Dita was “totally better off without him.” Seeing what a train wreck Manson’s lovelife has been since, I think the Anti-Cupid really does dislike that fellow.

I like the final message that it’s okay to date, but don’t expect to find the perfect dude immediately. You’re going to break up with a few people before you find the right one.