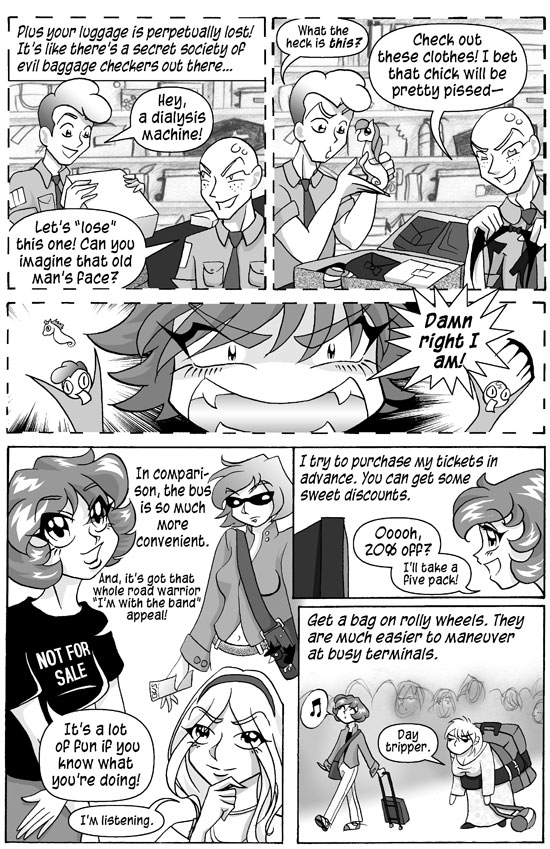 There is an in-joke behind the sea pony. Sea ponies are “aquatic My Little Ponies,” toys from the 80′s. I had one or two. Here’s and ad for them to give you an idea:

Now if you look carefully at the contours of the sea ponies, and if you’ve any familiarity with the Adam and Eve catalog, you may notice some interesting similarities.

In a comic idea I never used, Tuna had modded one of Rachel’s favorite sea ponies to vibrate specifically so it would embarrass her at checkpoints like these.

A small joke, but I wanted to write it down so I wouldn’t forget!

Also, check out those hand-drawn backgrounds! I must have caught flack for using so many photos in the last comic, Always Pack Protection.