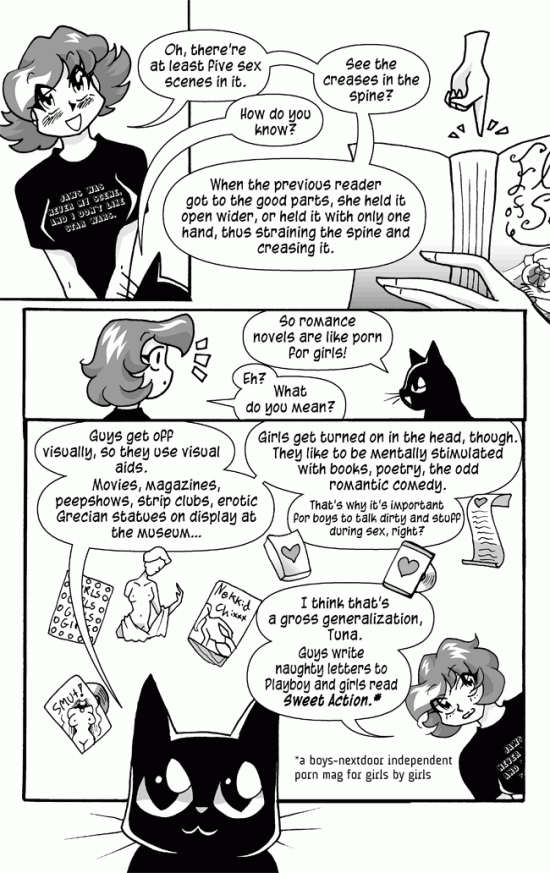 When I need a kinky romance novel to read, I go to the library and look for the one with the most beaten up spine. It’s a keeper.