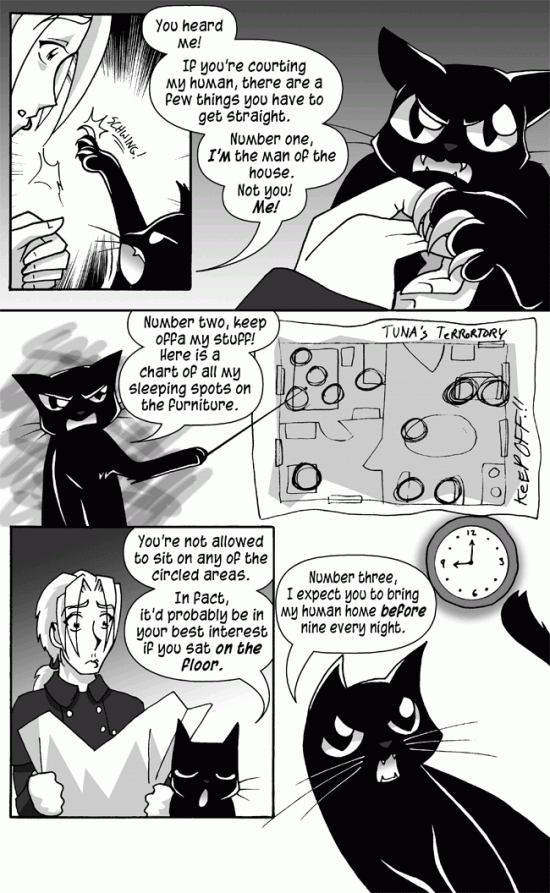 “Tuna’s Terrortory.” Nobody caught that one!

The title for this comic was based on 8 Simple Rules for Dating My Teenage Daughter, which I never saw. But it starred David Spade, who I always wanted to do Tuna’s voice if Rachel the Great ever became a cartoon. Hey, it could still happen!