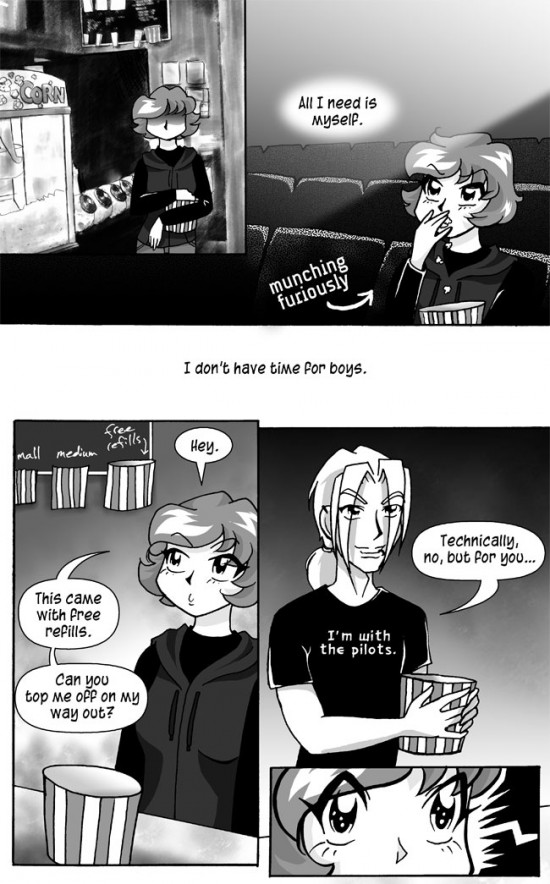 The backgrounds for this comic were made using photos of the Grandin Theatre in Roanoke, which was just down the street from my apartment when I drew this.

Rachel is very practical. I was kind of scraping by at this point in my life. I used to go to the cafe late at night so the waitress could slip me stale scones to eat. I was deeply saddened when the 7-11 stopped selling their leftover Krispy Kreme doughnuts for half price after 1am.

Hot guy whose name I keep forgetting is wearing a shirt named for Ladytron’s “I’m with the Pilots”:

This guy has a little of my first boyfriend in him–he was a movie buff. But that’s where the similarities end. I never had the chance to expand on this fellow’s personality, but he was supposed to be a fun-loving, non-committal man-child and 100% Rachel’s kind of catnip. Educated, witty, geeky, fun, interesting, and long-haired. Rachel had no defenses!